Whether you want to escape Microsoft’s takeover or just want to try something new, here are the best GitHub alternatives for hosting your source code. About the author: Dann Albright (MakeUseOf) is a freelance business and technology writer. When he’s not on his bike, he’s looking for new ways to help people be productive, meet their goals, and maintain a healthy relationship with technology. MakeUseOf is a technology website, focused on bridging the connection between users, computers, devices and the Internet through education. Feature image courtesy of dashtik via Bigstockphoto.

Ever since Microsoft purchased GitHub, many people have been searching for alternative places to host and share their code.

Is switching from GitHub absolutely necessary? Probably not. But Microsoft brings with it a reputation for the occasional takeover disaster, as well as some privacy concerns. So if you’re looking to jump ship, we don’t blame you.

Whether you’re trying to evade Microsoft or you just want to try something new, here are some of the best GitHub alternatives that provide similar functionality.

As one of GitHub’s most significant competitors, GitLab is having a field day with the GitHub exodus. They’ve even made it easy to migrate projects from GitHub:

As it’s designed for the entire DevOps cycle, GitLab lets you do everything from plan to release to monitor your software. Powerful planning tools mean you don’t need to use another system to keep everyone on track. And GitLab’s branching system makes it easy to design, test, and manage code.

You can download an instance to host on your own server or use GitLab’s SaaS hosting. Both options have different price points ranging from $0 to $99 per user.

This pricing system gives you more flexibility than you get with GitHub, and allows GitLab to provide full DevOps capability to any company. You might end up paying more, but you’ll get everything you need. 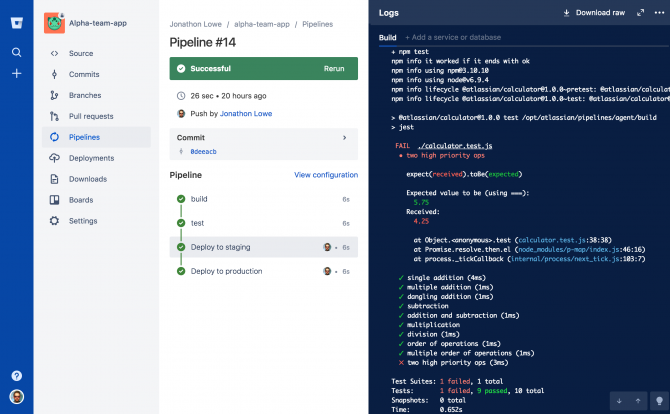 Atlassian’s Git-based repository system integrates with its other products, like Trello and Jira. This can be a huge bonus to teams that are already using these apps (which are common in the development world).

It also integrates with Slack and HipChat. Developers can create their own integrations within the user interface, adding more flexibility. Two-factor authentication and Soc 2 Type II security keep your code secure.

And if you’re already using GitHub, BitBucket has a walkthrough for importing your repositories.

BitBucket offers a wide range of pricing options for both self-hosted and cloud instances, including one-time and yearly payment plans. You can also pay extra to scale your build minutes and storage if you need more without adding more users.

Also, BitBucket has a free plan for small groups. 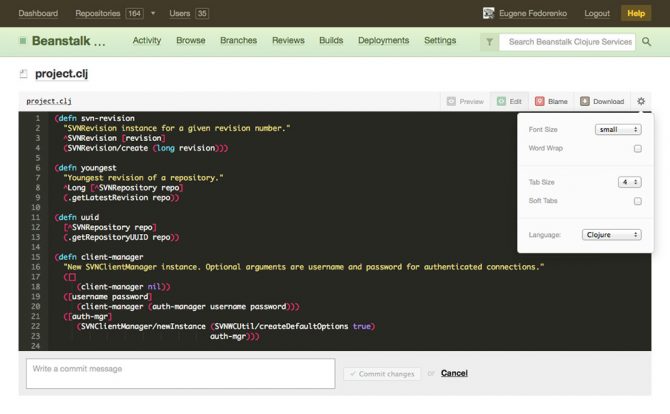 With support for both Subversion and Git, Beanstalk is a versatile platform. And because you can create branches and edit directly in your browser, it’s good for developers on the go.

Beanstalk also has robust code review options and reports that tell you how much of your repository has been reviewed. This can be especially useful for teams that contract with outside coders.

No necessary client means Beanstalk makes life easier for highly mobile teams. And there are enough security features that large corporations like Philips, Intel, and Whole Foods feel safe storing their data on the company’s servers.

Amazon’s Git-based source control service is a solid choice for companies that are already using other AWS services. With scalable cloud storage and no size limits, it’s also a good choice for anyone who’s likely to need a lot more server space in the near future.

CodeCommit has the advantage of an extremely straightforward pricing system. The first five users are free, and after that, you’ll pay $1 per user per month. That comes with 10GB per month of storage and 2,000 Git requests per active user.

If you need more storage of requests, you can easily pay for them. CodeCommit is also part of the AWS Free Tier, so you can try it out and get used to it before fully committing. 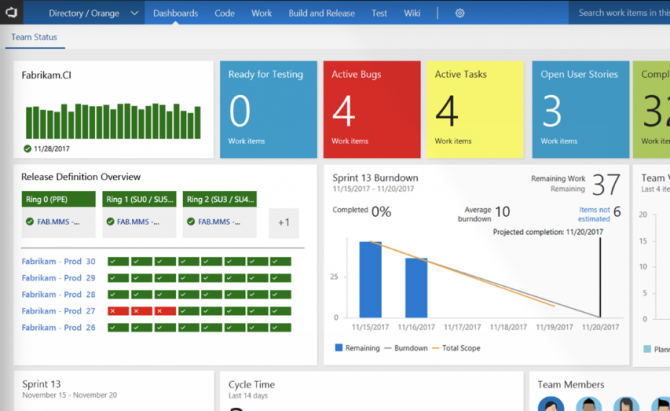 Microsoft’s Visual Studio Team Services (VSTS) lets you collaborate, store, review, and deploy your code. Of course, if you’re leaving GitHub because you don’t like Microsoft, you’re not likely to want to use Visual Studio.

Still, VSTS aims to help you with a wider variety of development tasks. It provides Kanban boards for agile planning, support for Scrum, testing and deployment infrastructure, and package sharing.

Guaranteed uptime, 24/7 support, and a regular update schedule are all perks of working with VSTS. Up to five users can work with VSTS for free, and you’ll pay a monthly fee based on the number of users beyond that. 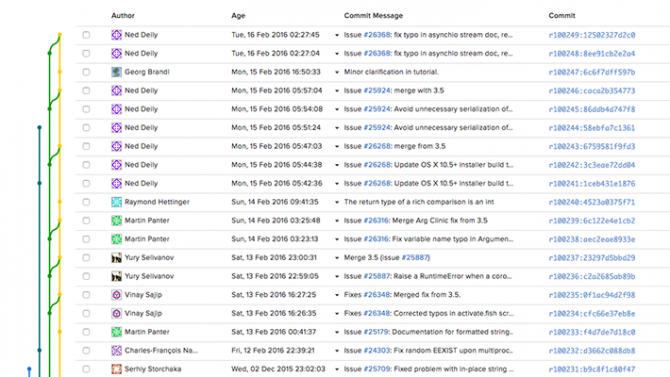 If your organization uses different version control technologies, RhodeCode might be a good choice. It supports Mercurial, Git, and Subversion, giving you the widest variety of options on this list.

Code review, workflow automation, and permission management help you monitor and run DevOps in your group. And the built-in SVN-to-Git migration is a great help when transitioning your team.

There’s a good chance that you’ve downloaded free software from SourceForge sometime in the past. And if you’re working on an open-source project, it’s a great alternative to GitHub.

There’s not much in the way of features, and the site itself is pretty strange (there are articles about cloud storage and business VoIP on the front page), but it’s also free. So if you’re on a shoestring budget and developing an open-source app, it’s worth considering.

SourceForge has caused some controversy in the past when they bundled their own software with open-source downloads. They seem to have cleaned up their act, but it also appears to be somewhat cyclical. Check their current practices before hosting your code there.

Choosing the Right GitHub Alternative for You

With all of these choices, it can be tough to find the best alternative to GitHub. But because most services offer either a free plan or a free trial, you can check them out to see which one works best.

If you just want basic functionality, and you aren’t worried too much about the interface or enterprise features, choosing one based on your budget is a viable option as well.

And don’t forget that version control can be used for more than code.